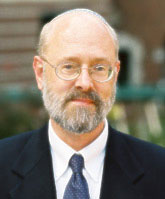 Alan Mittleman teaches Jewish Philosophy at the Jewish Theological Seminary in New York City. He works in the areas of ethics, political theory, and modern Jewish thought. He is the author of six books, most recently “Human Nature and Jewish Thought: Judaism’s Case for Why Persons Matter.”  His current research is on the concept of holiness in Jewish thought with particular attention to holiness as a value.

Trusting God and Being Ourselves

Descartes, in the First Meditation, famously tried to vanquish skepticism by appealing to the indisputable reality of the cogito. The brute facticity of one’s own thought, however, cannot get one beyond thought. For the perceptions of an external world to be real rather than illusions caused by an evil demon, Descartes had to rely on the existence of a wholly good, infinitely perfect God; a God who, unlike the demon, would not lie. In Descartes’ “perfect being theology,” the perfection of God plays a crucial epistemic role. Without holding to divine perfection, the world that we think we know or are capable of knowing could collapse into a skein of illusions.

In this paper, I will try to extend the scope of Descartes’ claim to a broader array of things that we care (or should care) about. Epistemic, aesthetic, and moral values, I will argue, have their greatest strength and stability when associated with divine perfection. Indeed, belief in other than a perfect being jeopardizes the status of our other commitments, introducing warrants for skepticism of a radical kind. If God, as a putatively less than perfect being, can lie, then there is little reason to believe in the non-illusory nature of the world or, indeed, of God. The movement toward a rich concept of divine perfection rises in tandem with reason’s claim to be adequate, in principle, to explain the world. The claims of reason and the concept of divine perfection are deeply related. This paper will seek to clarify that relation and to defend it.