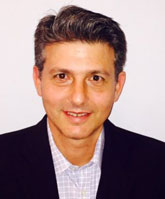 Alex Sztuden has taught philosophy at Fordham University, where he received his M.A and was awarded a distinguished fellowship. He holds a J.D. from Columbia Law School, where he was a member of the Columbia Law Review and a Harlan Fiske Stone Scholar, and received his B.A. in Philosophy from Yeshiva University.  He has published widely in philosophy and religion and is the winner of the Joel and Jeanne Novak Prize for Best Essay in Jewish Thought. He is the cofounder and director of an online education company.  His upcoming research will focus on the resolution of the Euthyphro Dilemma in Christian and Jewish sources, and in doing so, the research will aim to provide a comprehensive account of the nature of God’s relation to morality, and an account of God’s attributes as depicted in the Bible and Talmud.

God, in both the Christian and Jewish philosophical traditions, is often described as immutable, simple, self-caused, and perfect. What is the motivation for this philosophical conception of God, which seems to be a construct of abstract reasoning? In his Saving God,[1] the philosopher Mark Johnston excoriates all accounts of God that are based on the Bible alone. For Johnston, the God portrayed in the Bible constitutes no advance on pagan idolatry. Polytheism and the monotheism of the Bible are not essentially different. In his memorable words:

First there is the polytheist’s pantheon of gods…then henotheism emerges…Then monotheism, relying essentially on the rhetoric of idolatrousness, clears the pantheon of the lesser gods, leaving only the top god as the one god. That kind of monotheism is just the limiting case of polytheism. Its one god is just the last remaining god of a polytheistic pantheon..…But here we have no deep religious transformation either of the last remaining god, or of his adherents. If it was idolatrous to worship the remaining god when he was one among the pantheon of gods, why does it cease to be idolatrous just because the other gods have been cleared from the pantheon?[2]

Johnston sees nothing of religious significance in the movement from many gods to one god, as this movement is only quantitative, and nothing substantial has changed. It would seem that something like Johnston’s concern also worried those laboring within the tradition of philosophical monotheism. Monotheism needed to be not just a doctrine of one god, but of the One God who is fundamentally and absolutely different than any other conception of God. So religious philosophers were pressed to show the radical difference that monotheism must make to our conception of God, and that radical difference is that, unlike the gods of the pantheon, the God of the philosophers is a perfect Being, possessing nothing in common with the discarded gods. The God depicted in the Bible was simply too close to the gods of the pantheon. And nothing could be further from the pantheon than the God of the philosophers. The problem is that the God of the philosophers is unrecognizable, quite distant from the God of the Bible and the God of the Talmud, and is hardly the God to whom religious adherents center their lives around.

Unlike the philosophical accounts of the nature of God, the biblical, talmudic and midrashic authors were entirely unafraid to depict a different understanding and experience of God. If God is not an ontologically Perfect Being as understood by the philosophers, they were not worried that this would somehow impugn His divinity, or that He could not be readily distinguished from the rest of the gods of the pantheon. My research will attempt to show that the God depicted by the biblical and rabbinic authors certainly constitutes a significant and qualitative departure from the gods of the pantheon, without the need to invoke the abstract concept of perfection and everything that such a concept entails.

For instance, in the biblical scholar Jon Levenson’s pioneering work Creation and the Persistence of Evil,[3] he shows that the God of the Bible is hardly the God of ‘static’ omnipotence as depicted by the philosophers. He contrasts that vision of God with his own account of how God is conceived of and experienced in the Bible. Levenson writes:

In particular, a false finality or definitiveness is ascribed to God’s act of creation, and, consequently, the fragility of the created order and its vulnerability to chaos tend to be played down…the formidability and resilience of the forces counteracting creation are usually not given their due, so that the drama of God’s exercise of omnipotence is lost, and a static idea of creation then becomes the cornerstone…The identification of “nothing” with a void rather than with chaos has certain affinities with the extreme forms of the theology of grace. Both have the indirect effect of denying the moral and interactive character of God’s action. When God creates something in a void, his act of creation is no longer a victory for justice and right order, nor can it be continued or reenergized by human action. [4]

For Levenson, the God of the Bible is better characterized as the God of “dramatic,” as opposed to “static,” omnipotence. In my upcoming research, I hope to both explore the motivations for the philosophical conception of God, and conversely, to explore such themes as ‘dramatic’ omnipotence, God’s transcendence and foreknowledge, and several other attributes of God and His relationship to the world found in biblical, talmudic and midrashic sources, in order to illuminate the richness of their accounts of the nature of God.

[4] Creation and the Persistence of Evil, xxvii-xxix.