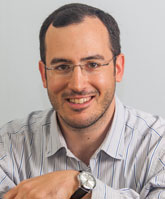 Benjamin Schvarcz is a graduate student of political science at the Hebrew University of Jerusalem. His doctoral dissertation focuses on the civil law and social virtues in tractate Nezikin of the Babylonian Talmud, and aims to provide a political reading of talmudic texts. A former student of ultra-Orthodox institutions in France and Israel, Benjamin holds a BA in political science and public communication from Bar-Ilan University. He completed an MA in political science at the Hebrew University, where he also worked as a teaching assistant.  He served as a parliamentary assistant and spokesman for MK Michael Eitan. Benjamin is married, and the father of three children.