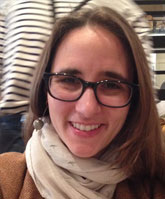 Heather C. Ohaneson received her Ph.D. from Columbia University in Philosophy of Religion, having earned her B.A. in Philosophy and Religion from Barnard College. After serving as the TOM Faculty Fellow in Columbia’s Core Curriculum, Dr. Ohaneson joined Azusa Pacific University as an Assistant Professor of Biblical and Religious Studies. She teaches in the University’s High Sierra program, which combines experiential, outdoors education with classical humanities courses. Her varied research interests include the philosophy of play and playfulness, nineteenth century philosophy (especially Kierkegaard), and Jewish philosophy (especially Rosenzweig).

Turning From the Perfection of God to the Wonderousness of God

Having carefully read Dr. Hazony’s stimulating paper “The Question of God’s Perfection,” I have selected the notion of wonder as a node around which to center a constructive talk, that is, one in which a potentially substantive, viable, and suitably Jewish alternative to the focus of divine perfection is proposed. In particular, the “generative idea” of my paper, “Turning from the Perfection of God to the Wondrousness of God: Redirecting Philosophical-Theological Attention in order to Preserve Humility,” is found in Dr. Hazony’s discussion of the sublime. Alluding to Genesis 18:14 (among other verses), he claims that the “indirect approach to describing the seemingly unbounded quality of certain divine attributes is more characteristic of the prophetic tradition than declarative assertions. Questions of this kind purposely approach God as sublime, not as perfect, seeking to instill in the listener or reader the intuition that God is too vast to be assessed and judged by any man” (12). In brief, then, my plan is to consider how a Tanakh-grounded account of divine wondrousness might displace philosophically-ladened conceptions of perfection. In what way is ‘wonder’ a more appropriate category than ‘perfection’ for theological discourse? And how does the sublime inform the conception of divine wondrousness? My method in engaging these questions is to think deeply about biblical texts first, incorporating philosophical and contemporary scholarly sources secondarily.[1]

Before I seek to set perfect-being theology aside in favor of a wonder- or peleh-driven approach, it behooves me to engage it, even briefly. Thus, to begin, I will succinctly unfold the three perfection-grounded routes forward, as I see them, if the discourse were to stay centered around the ideas and terms of telios, tamim, and shalem. First, one might accept the stance that God is perfect and in the way that ancient Greek philosophy sets forth ‘perfection.’ A particularly attendant issue here is hermeneutical: over history, Jewish and Christian interpretations of scripture have been strained in the service of maintaining traits such as divine immutability and impassibility. Passages such as Genesis 6:6 and Chronicles 1.21:15 have proven especially difficult to render philosophically respectable, where figures such as Parmenides, Plato, and Aristotle have been taken as judges. Theologians, held in the thrall of this paradigm for so long, may recoil at the risk of un-tethering themselves from it. Two other perfection-related paths appear, however. Thus, secondly, there is the argument that God is perfect but that the meaning of perfection differs from the perspective proffered in ancient Greek philosophy. In this modification of the Euthyphro dilemma, Jewish understandings of God do not have to be bent to external standards; rather, perfection is recognized in the ways of God. God is still taken to be perfect, but proponents locate the standard of perfection in the actions and attributes of God as they are portrayed or represented in the Hebrew Bible. Significant hermeneutical questions remain, of course, yet there is room to argue from a prima facie biblical perspective. For example, rather than eschewing it, this line of thought opens the possibility that responding to human suffering and need is precisely what constitutes divine perfection. Here, philosophy is subservient to Jewish theology, and not the other way around. Thirdly, we might entertain the possibility that God is imperfect (or, should this be too bold, perfectly imperfect).[2] This case presents a number of philosophical and theological problems, including the definitional concern that whatever being provides the paradigm for perfection against which God is measured would itself deserve divine status. That is, who or what would set the standards according to which God would be deemed imperfect—and would not that entity then usurp the place of God?

Seeing the challenges, if not implacability, of these three routes, let us turn our focus elsewhere. Wonder and wondrousness are worthwhile candidates for consideration, for at least the following reasons (and these would structure the remainder of my talk): 1) pala and its cognates inhere in the Bible[3]; 2) at the same time, they exist as pertinent but not overdetermined notions within ancient Greek philosophy in the language of thaumasia[4]; 3) the adjective “wonderful” attaches primarily to God’s works rather than to God’s being, a grammatical structure that serves both to preserve a measure of divine inscrutability and to allow for the possibility of the knowledge of God through God’s effects in the world. 4) Further, it is my contention that such theological redirection necessitates intellectual humility. Because awe, worship, power (or dunameis), and unboundedness go along with divine wondrousness, safeguards are in place to constrain the arrogant impetus of human thinkers to set forth fixed definitions and to speak beyond our knowledge—as Dr. Hazony warns against in his discussion of beauty and the sublime.

[1] Such pertinent works that suggest themselves include the Theaetetus and the scholarship of Gabriel Richardson Lear; Kant’s third Critique—in addition to Burke; and Roberto Sirvent’s recent book, Embracing Vulnerability.

[2] To hold that God is perfectly imperfect may be to say that God is incomplete (in the way a process theologian might make claims about the openness of God) but that such incompletion is not a flaw.