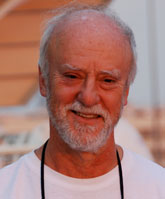 Howard Wettstein holds a B.A. from Yeshiva University and Ph.D. from City University of New York, 1976. He is currently Professor of Philosophy at UC Riverside, where he has held the position of Chair of the Philosophy Department and Director of the University Honors program. Previously, he held positions at the University of Notre Dame and the University of Minnesota, Morris and visiting positions at Stanford University and the University of Iowa.  His main research areas are the philosophy of language and the philosophy of religion. He is the editor of Midwest Studies in Philosophy since 1974.  His latest book is The Significance of Religious Experience (Oxford UP, 2012), and his forthexisting book, The Fabric of Faith, is on the slow burner. Earlier, he published two volumes in the philosophy of language, The Magic Prism (Oxford UP, 2004) and Has Semantics Rested On a Mistake? (Stanford UP 1991).  He makes his home in Los Angeles with his wife, Dr. Barbara Wettstein, a psychologist, and they have two children and two grandchildren, all of whom live in the Los Angeles area.

My aim is to address the following problem, and to endorse and explore the first of the problematic conceptions:

It is important to let scripture speak to us, to discern what it seems to be saying. This may leave one in a theologically uncomfortable position. But it seems an important first step. Learning about God from the Hebrew Bible, one is led to a picture that is highly anthropomorphic, one that leaves God vulnerable, sometimes at a loss, subject to flattery, fits of anger, playing favorites, and even a desire for vengeance. The picture is largely endorsed but gradually altered by Rabbinic culture until it becomes, in the hands of the medievals, a radically different conception, the perfect God of the philosophers.

Both conceptions are deeply problematic. There is something undeniable about the sense that the biblical conception, construing God in such human terms, bespeaks a human imposition; it reflects our interests, needs, perspective. Moreover, It is difficult to put the pieces of the biblical conception together. The biblical God, lacking the perfections, is somehow also thought of as in some sense transcendent. The term is a later one, but there is no question as to the elevated status of God. How do the aspects mentioned above cohere with God’s elevation? Relatedly, how does one worship this tribal God?

At the same time, the God of the philosophers is religiously unrecognizable. The less one makes God like us, the more perfect he becomes, the more remote. One can admire such a God, perhaps fear God, but what of our relationship with Him? What of the intimacy that would seem to be a crucial aspect of religious life? Can the God of the philosophers be “our Father, our King”?