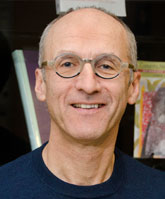 James A. Diamond is a full professor and the Joseph and Wolf Lebovic Chair of Jewish Studies at the University of Waterloo and former director of the university’s Friedberg Genizah Project.  His principle areas of study include biblical exegesis and hermeneutics, medieval Jewish thought and philosophy, Maimonides, and rabbinics. He has published widely on all areas of Jewish thought.  He is the author of Maimonides and the Hermeneutics of Concealment (SUNY Press, 2002), which was awarded the Canadian Jewish Book Award and of  Converts, Heretics and Lepers: Maimonides and the Outsider (University of Notre Dame Press, 2008), which was  awarded   Notable Selection- Jordan Schnitzer Book Award in the Category of Philosophy and Jewish Thought for best book in  4 years (2008) as well as the  Canadian Jewish Book Award. His most recent book, Maimonides and the Shaping of the Jewish Canon, published by Cambridge University Press in 2014, argues that Maimonides’ philosophy and jurisprudence  has become an integral part of the Jewish canon alongside the Hebrew Bible and the Talmud.  He is also co-editor of  Emil Fackenheim: Philosopher, Theologian, Jew (Brill, 2008) and Encountering the Medieval in Modern Jewish Thought (Brill, 2012).   His articles have appeared  in many of the leading  peer reviewed scholarly journals, including Harvard Theological Review;  Journal of Religion; Vetus Testamentum; Journal of Jewish Thought and Philosophy; Association of Jewish Studies Review; Jewish Studies Quarterly; Jewish History; Philosophy and Literature; Journal of Religious Ethics; Medieval Philosophy and Theology;  Prooftexts; Jewish Quarterly Review; Journal of Jewish Studies as well as a periodic contributor to such popular forums as the Jerusalem Post.

Divine Being or Divine Becoming: The Perfection of Imperfection

One of the most crucial biblical sources, if not the most, for divulging knowledge about the nature of God and his relationship with his creation are the various names by which God is identified throughout the Hebrew Bible. Unfortunately, readers who are familiar with the biblical texts only through translation remain unaware of this critical dimension in the biblical biography of God. Distinctions between different names are often blurred by their consistent renderings as “God” or “Lord”. However the texts subtly shift between such epithets as Elohim, El, Adonai, Shaddai, Zevaot and, of course, YHVH, the name that has come to be sacredly singled out as the Tetragrammaton or the unpronounceable shem hameforash. All of the Jewish intellectual traditions- rabbinic/midrashic, rationalist, and kabbalistic- have profoundly engaged these different appellations, determining their meanings, significations, and precise roles within the various biblical contexts in which they appear. Nahmanides, for example, one of the most prominent Kabbalistic expositors of the Bible, in fact considers the names of such paramountcy that the entire Torah can be read as a continuous thread of divine names. In other words, the external sense simply masks a narrative pulsating beneath that charts the life of God via the medium of names

Modern abstract conceptions of God are the legacy of the Greeks through their influence on the development of philosophical theology of the middle ages, leaving us with the superlatives of omniscience, omnipotence, omnipresence, and immutability that have become almost universally accepted. All of these are associated with notions of perfection that God must, by definition, possess. To consider otherwise would be to construct an imperfect God, a sacrilegious exercise tantamount to blasphemy.   However, on the face of it, the numerous divine appellations that punctuate the Bible patently challenge these notions of perfection. God’s appearances under different guises and identities to different prophets and biblical characters, or precipitation of and intervention at different historical junctures of humankind and Israel, or presiding over natural events, reflects change, maturation, or an evolving personality. God is actually portrayed as a kind of work in progress. While, for biblical criticism, the different names of God may signal the disjointed fragments of a layered text offering clues to the editing process of a multi-authorial composition, for Jewish theology they capture the elusiveness, the dynamism, of a God evolving in tandem with his creation and his creatures.

Elohim creates the world in the first chapter of Genesis while, in the revised version of the second chapter, YHVH joins in that primordial formative moment. For the ancient rabbis, rather than a story of the weaving together of two source documents, the transition from elohim to its amalgamation with YHVH reflects the internal deliberations within the divine psyche between two dimensions of divine being.- justice and mercy. Strict law, or pure execution of law, untainted by any considerations extraneous to the law, a principle associated with perfect impartial justice, turns out to be an unviable foundation for the survival of the world.

The philosophical implications of these readings are profound in the polarities they construct between a God that exists in isolation and one that coexists with creation. They mirror precisely the polarity between the philosophically “perfect” God on the one hand and the biblically evolving God on the other- the former unwavering, constant, stable, and fixed, unaffected by anything outside its own essence, reflecting the absolute nature of truth and the uniform detached execution of law; the latter vulnerable, growing, and subsisting in relationship to what is external to it. I believe that the rabbinic and mystical interpretations of an evolving, impressionable, at times fragmented and suffering, God   emerge almost naturally from the original sense of the Hebrew Bible while the philosophical abstraction of divine perfection actually requires a distorting abstraction of the original text.

In order to develop this argument here I will focus on the essential name YHVH and particularly, its most prominent etymological origins in the seemingly tautological and seductive play on the root “to be” of ehyeh asher ehyeh. (Exod. 3:14). The interminable debate regarding its meaning, itself attests to what I believe is its intended ambiguity and open-endedness. The history of biblical translation has been overwhelmingly influenced by the Greek Septuagint version of “I am the One who is,” overshadowing all ensuing interpretation with a present tense and a Greek metaphysics and ontology of pure Being. Subsequently Philo, Maimonides’ “necessary existent” and Aquinas’ “true being, immutable, simple self-sufficient,” take this metaphysics to its logical conclusions, setting the agenda for all future notions of divine perfection in their respective religious traditions. Martin Buber, however, forcefully challenged these understandings of YHVH as pure Being, first on philological grounds, but, more importantly for my argument, on the grounds that it is an abstraction of a kind that does not usually arise in periods of increasing religious vitality. Thus, there can be no greater corrective to the notion of divine perfection than the meaning of YHVH both within the Hebrew Bible and as interpreted by the “non-rationalist” trends in Jewish thought. As such Ehyeh conveys more a relational being, a God of becoming, that cannot but be elusive, continually shaped and reshaped by the respective partners with whom it establishes relationship. In fact, a partial appearance of YHVH such as YH indicates for the Rabbis a “partial” God whose imperfect state of brokenness, alienation, and even exile can only be remedied by the restorative acts of human beings.

My argument consists of close readings of biblical narratives that vindicate later Jewish theological readings more compatible with this kind of Ehyeh. Though, according to Exod. 6:3, God’s declaration of his identity as YHVH is unprecedented prior to his relationship with Moses, its first two, and sole, textual appearances in the grammatical form of ehyeh, occur prior to Moses, in revelations to the patriarchs Isaac and Jacob. In both ehyeh addresses its respective partners in parallel contexts of crises and both suggest a homeland offers some resolution. In the case of Isaac the crisis is famine (Gen 26:3), while for Jacob it is the hostility of another human being (31:3), thus encompassing both natural and human existential threats. For Isaac the ehyeh is conditional on staying in the land and not expatriating to Egypt, while Jacob is instructed to return to the land from a lengthy hiatus outside, so that ehyeh can continue to relate to him. Ehyeh’s subsequent revelation to Moses addresses a dire situation of alienation, oppression, and subjugation in Egypt, contemplating revolt, liberation, and eventual establishment of a homeland as its resolution. The God who formerly offered a definitive “I will be”, learns from previous failure and evolves into a double “will be”, or an indefinable Being who will be whatever it will be, leaving an indeterminate future both for God and Israel. Israel’s destiny is intertwined with God’s in a relationship that vacillates between alienation and home forging an ever-increasing bond of intimacy, knowledge, and reciprocity. God’s perfection then is not a brute datum of necessary existence but in fact is perpetually conditioned by human existence.