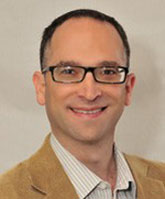 Joshua I. Weinstein is a Senior Fellow at the Herzl Institute. His work in ethics, politics and psychology focuses on classical thought (Plato, Talmud) as well as contemporary philosophy, phenomenology and cognitive science. Josh  studied physics at Princeton University, Jewish law and thought at R. Yitzchak Yechiel Yeshiva in Jerusalem, and philosophy at University of California – Irvine and Hebrew University (PhD. 2005). In 2009-2010 he was a Starr Fellow at the Center for Jewish Studies at Harvard University and has since taught Greek philosophy at Ben-Gurion University and served as a fellow at Shalem College. Weinstein’s recent work includes Philosophia and the Love of Wisdom and Yishuv Medinah and a Rabbinic Alternative to Greek Political Philosophy.

Long before the Bible’s variety of divine names was taken as evidence of multiple authors or documents it was understood to point to the variety of divine manifestations, appearances or attributes. God is the victorious warrior at the Reed Sea, the dark-haired lover of the Song of Songs, the Law-giver at Sinai and the Ancient of Days enthroned in Daniel. Awareness of this variety is explicitly noted in the Biblical text itself: “I appeared to Abraham, Isaac and Jacob as El Shaddai but by my name Yhwh I was not known to them” (Ex. 6.3).

This variety, however, needs to be understood in the context of Biblical monotheism. Declarations like “God is the lord in the heavens above and in the earth below, there is no other” (Deut. 4.39), and “I am first, I am last and there is no power other than me” (Isaiah 44.6) emphasize God’s uniqueness, aloneness. There are no other Gods. It seems natural, then, to take the various divine names and manifestations as aspects or attributes of the single, unique God. But if this is not to make “God” a generic catch-all label for “divinity in general” – a position perhaps recognizable among Egyptians, Hindus and even Greeks – one needs to see God as not merely unique but also as one, as unified.

Accounting for this unity, however, is easier said than done. The Sages who made the Shema central to Jewish liturgy can hardly be suspected of laxity in their monotheism, but they held out only limited aims in dealing with divine unity. The Biblical multiplicity is reduced to two, the attributes of din (justice or law) and rahamim (some combination of love, kindness and mercy). This is definitely progress, but attempting to finish off the business by finally unifying God’s justice and kindness is a tricky business at best. While it is easy to assert that “God’s justice is his mercy,” this is very difficult to sustain.

While (ii) could be interpreted in terms of competing claims of justice in need of balancing, it seems that (i) and especially (iii) require some principle of God’s interaction with humans not reducible to justice. After all, if Moses chooses to forego some closeness to the divine, is that not his prerogative? Rahamim or divine love and kindness is the traditional name for this competing principle – which here cannot be just another name for what someone deserves at law or justice.

(ii) Can what God is – in himself, as it were – really be so dependent on his inter-relations with man? Reply: Note that we can only know that God is a creator through our familiarity with the creation. More generally, it seems likely that we can know of God only what he shows of himself (even if we are not pre-committed to the Maimonidean doctrine that God’s attributes are only those of action).

The rabbinic distinction between din and rahamim flirts very closely with binitarianism, or even simply two gods (Philo claimed to be a monotheist while using the “second God” formulation). Still, the doctrine that there are two authorities (shetei reshuyot) in heaven is explicitly rejected by the Sages at numerous points (e.g. BT Berachot 33b, Hagigah 15a). But if, as we have seen, there are good reasons for maintaining the din–rahamim distinction, what prospects are then left for divine unity?

We need to go to the source of the problem. If triangular intransitivity is what creates the pressure for distinguishing divine principles, might the elimination of such triangles also remove the pressure? Already at Sinai, God faces an Israel, singular, in which disputes have been eliminated (for the moment) and all are of one mind (hishwu kulam lev ehad, Mechilta, Yitro-BaHodesh 1). What if this were generalized? Isaiah proposes that messianic world peace could make this possible: “They will do no wrong or destruction in all my holy mount, for the land will be filled with knowledge of God as waters cover the sea.” (11.9) If all are in agreement, for all know God and do no wrong, then there need be no distinction between God’s view of things and his view of man’s view. The need for distinguishing between din and rahamim would be removed.

Suggested (imperfect) conclusion: Only when all of creation is unified, will God be completely unified. On Zechariah’s view, even the distinction between night and day with which the Creation began will need to be dissolved (14.6–7). Only then can he declare: “God will become king of all the land; on that day God will be one and his name one” (v.9). The dependence of divine unity on human unity is further radicalized by the Sages:

“Who builds in the skies his upper chambers and his bloc is founded on the earth” (Amos 9.6). R’ Shimon b. Yohai says: Compare this to one who brought two ships, lashed them together with hooks and ropes, placed them in the middle of the sea and built a palace upon them. As long as the ships are tied to one another, the palace stands; if the ships go away, the palace cannot stand. Thus, when Israel performs the will of the Place, he builds his upper chambers in the skies; and when they do not perform his will, it is as if his bloc is founded on the earth. (Sifrei Deuteronomy, 346.5)

Any appearance of divine unity, this suggests, is dependent on comparable unity among humans. More human unity means more divine unity, and only the fulfillment of the former will secure the latter. In the meantime, God’s unity is “in process,” or, in the technical terminology of the grammarians, imperfect.