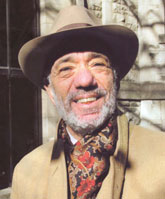 Lenn Goodman’s books include On Justice: An Essay in Jewish Philosophy (Yale University Press, 1991; Littman Library, 2000), God of Abraham (Oxford University Press, 1996, winner of the Gratz Centennial Prize), Judaism, Human Rights and Human Values (Oxford University Press, 1998), In Defense of Truth: A Pluralistic Approach (Humanity Press, 2001), Love Thy Neighbor as Thyself (Gifford Lectures, Oxford University Press, 2008), Coming to Mind: The Soul and its Body (co-authored with D. G. Caramenico, University of Chicago Press, 2013), and Religious Values in the Public Sphere (Cambridge University Press, 2014). He edited Neoplatonism and Jewish Thought (Suny Press, 1992) and co-edited Jewish Themes in Spinoza’s Philosophy (Suny Press, 2002) and Maimonides and his Heritage (Suny Press, 2009). He also translated with commentary, The Book of Theodicy, Saadiah Gaon’s Arabic translation and commentary on the Book of Job. Soon to appear is his new study, Judaism: A Contemporary Philosophical Investigation (Routledge). Goodman won the American Philosophical Association Baumgardt Prize for his 1981 book Monotheism. His work in Jewish philosophy is the subject of Hava Tirosh-Samuelson and Aaron Hughes’ volume Lenn E. Goodman: Judaism, Humanity, and Nature in the Library of Contemporary Jewish Philosophers (Brill, 2015). Goodman is now at work with his colleague Philip Lieberman on a new translation and commentary on Maimonides’ Guide to the Perplexed. Goodman describes himself as a synthetic philosopher. As a Herzl Fellow he is preparing a new book with the working title, The Holy One of Israel, seeking to integrate the ideas of immanence and transcendence, universality and chosenness, divine and human action, in a Judaic idea of God.

Toward a More Perfect Idea of God

For monotheists there will always be a problem in confronting the idea of God. If we think of God in pagan terms, as, say a higher power, someone bigger, wiser, more powerful than we, but still a person, someone we can deal with, able to leap tall buildings in a single bound but still subject to emotions – ideally, perhaps, in our therapeutic culture, even vulnerable, ready to learn from past mistakes, deathless maybe, but a lot like us, then we’ve got a counterpart, a projection, a mirror image of ourselves as we might like to be or to be thought of, but nothing worthy of worship – unless, perhaps, we like the idea of worshiping something made in our own image.

There are many powerful and impressive things in the world, and we can model gods on any of them, or on some combination of the favorite features we find in them. The problem when we do so is not just the arbitrary choice and not even the telltale resemblance to features or notions of our own, visible despite the funhouse distortions. The problem is the incoherence of the projections. It’s awkward enough, as Xenophanes argued long ago, to look for God and come back with a picture of ourselves – a selfie, we might say – or the image of our favorite superhero, or animal, a snapshot, close cropped and purpose made, the ad hoc freeze frame of traits that seem to us to matter – or something more dynamic, perhaps, found further down the midway, something three dimensional and interactive, responsive to our needs and ready to tells us what we’d like to hear or to utter promises to fulfill our deepest wishes.  We still haven’t moved much further than the magic mirror we’ve invested in. And we do have to acknowledge that the wish machine we’ve bought or generated is far better at making promises than keeping them. And its judgments, when it passes judgment, sound awfully like the ones we’d like or fear to hear, even if the volume has been raised a bit, or the pitch set a little lower.

The real problem is that anything, to be real, must be coherent. A thing cannot be real if there’s a contradiction in its very concept. So we need to ask ourselves if any of the features that imagination might assign to God are compatible with the kind of ultimacy that would make a being worthy not just of awe or admiration but of worship.

What I’ll argue in this paper is that fallibility, vulnerability, and regret are as incompatible with worship as capriciousness, favoritism or venality. What is revolutionary in the idea of God that we Jews associate with Abraham is the absoluteness of God’s justice and truth. God is not to be bribed, and His favor must be earned. Part of what we need to know, if we’re to take seriously our thoughts about God, is how God’s favor is deserved, what it means to earn it, and how we can understand the fate of those who do deserve it but seem not to reap the benefits we think they merit. We need to talk about that if theism of any sort is to sustain its claim to integrity.

But if we focus simply on the idea of God, what I think we reach is this: that pagan gods are the reflex of human fears and wishes, that monotheism finds the truth of the idea of God in the idea of perfection, and that any lesser thought collapses into incoherence even before warfare breaks out among the rival gods that spring from disparate projections. The source of the incoherence is the tension (a polite way of saying incompatibility) between weakness of moral or intellectual sort and worth.

This paper will argue for three claims:

First I will argue that the idea of divinity functions like a value concept, in that it tends not just to discount but to disable any notion assigned to the divine that seems unworthy.

Second, I will urge that the Torah finds alien gods nugatory when they are found morally or cosmically to have feet of clay. A god that demands enormities – say, child sacrifice or temple prostitution – has disqualified itself as a divinity. Those are extreme cases, of course. But the dynamic is to press ever higher, toward ultimate rather than proximate causality, toward ultimate rather than compromised truth and justice and truth. The real revolution happens when causal and moral ultimacy merge in the conception of a God whose wisdom is expressed as grace.

Thirdly, I will argue that the familiar versions of Perfect Being theology have created stick figures and abstractions that are the product, in this case, not so much of their inventors’ projected passions as of their sterile logicism. The traits that define them are too abstract to represent a real being. In their place, not just as a more sincere and adequate representation of the unrepresentable, but also as a more dynamic one, I’ll propose the biblical God, whose bold portrayals in prophetic poetry inevitably undercut one another, revealing the inadequacy of human thought and language, but at the same time, even as they self-deconstruct, pointing in the direction of Perfection, rightly understood as infinite Goodness, Truth, and Beauty.