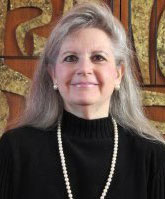 Roslyn Weiss is the Clara H. Stewardson Professor of Philosophy at Lehigh University in Bethlehem, PA. She earned her doctorate in philosophy from Columbia University in 1982 and a Master’s degree in Jewish Studies from Baltimore Hebrew University in 1992. Her fields of expertise are Ancient Greek Philosophy and Medieval Jewish Philosophy. She has published four books on Plato, most recently, Philosophers in the ‘Republic’: Plato’s Two Paradigms (Cornell University Press, 2012), and more than 40 scholarly articles on Greek and Jewish philosophy. She has lectured widely in the United States, as well as in Canada, England, Israel, Belgium, Germany, Greece, and Japan. Her current project is a translation into English of Hasdai Crescas’s Or Hashem, to be published by the Hackmey Hebrew Classical Library, an imprint of Harvard and Tel Aviv University presses.

Elohim: Knower of Good and Evil

This paper seeks to explore the theological implications of taking the Torah at its word when it tells us explicitly that God is a knower of one thing in particular—good and evil. By contrast, the Torah does not affirm, explicitly or otherwise, that God knows all things. In light especially of Maimonides’ well-known contention that, as a result of their sin, Adam and Eve were demoted from knowers of fact, of true and false, of what is, to moral knowers of accepted norms, that their punishment consisted in their plummeting to the level of elohim—in the (tendentious) sense not of God but of human judges—what are the theological implications of reading the Torah straightforwardly as viewing God as Himself a moral knower, a connoisseur, as it were, of all things good and evil?

What Eve, and then Adam, learn as a result of their sinful eating is something new: evil. Even before eating of the tree Eve knew good—she knew, as God knew, that the tree was “good for eating” (ki tov ha-‘etz l’maakhal - Gen. 3:6)—but what she did not know is the not-good or bad that God also knew. It was, then, presumably, the knowledge of evil from which God wished to keep man. Once Adam and Eve eat of the fruit of the tree, their eyes are opened: they know they are naked. This is their first awareness of evil.

In the Cain and Abel narrative as well, God’s understanding is of good and evil. He distinguishes for Cain between doing well (im teitiv) and its consequences, and not doing well (im lo teitiv) and its consequences; indeed, we have the first explicit mentions of sin in connection with Cain’s doing not-well (“sin croucheth at the door” - lapetaḥ ḥatat roveitz – Gen. 4:7; and “my iniquity is too great to bear” – gadol ‘avoni minn’so – Gen. 413).

God is always able to assess goodness and badness. He sees (= knows) that “the wickedness of man was great in the earth and that every imagination of the thoughts of his heart is only evil (ra‘) continually” (Gen. 6:5).

It is interesting, for example, that God can know (eida‘ah) about the factual extent of evil in Sodom only once He investigates (eirdah na v’ereh – Gen. 18:21). He has heard the cries but does not yet know the extent of the evil, does not yet know whether it is commensurate with the cries He has heard. What God considered keeping from Abraham a few verses earlier at 18:17 is, then, surely not His intent to destroy Sodom—at that point He has not yet seen the extent of the evil. What he considered keeping from Abraham—and what he does in fact conceal—is what He knows He must do first: investigate. Having just impressed Abraham with knowing something hidden, namely, the things Sarah has said “in her heart,” something that Abraham himself does not know, and being now in a position to say with considerable credibility: “Is there anything too wondrous for Me?,” God does not wish to reveal—especially now—to Abraham that there is something He does not know and needs to discover.

These are but a few examples of God’s not knowing events. Trials are another case in point. The ‘atah yada‘ti (“now I know”) at the end of the ‘aqeidah account (Gen. 22:12) makes it clear that there was something God did not know earlier. God already knows (yeda‘tiv) Abraham’s righteousness; He knows that Abraham will teach his children and household the way of the Lord to do righteousness and justice (Gen. 18:19). God in the aqeidah is testing (the extent of) Abraham’s fear of God, that is, his loyalty, not his righteousness. And it is the answer to that question that He did not know and needs still to discover.

It is clear, then, that God does not always know without investigation or without an event’s coming somehow to His attention or His paying special heed to it, what has happened or is happening. The only case in which He can predict the future is when it concerns what He will bring to pass—that is, He can know with certainty that what He promises will come to be. But that is because He is just—not because He is omniscient.

III. Theological implications. What the Torah provides in its portrayal of God is a God for people—not a God for philosophers. If we want the God of the philosophers, we can turn to Aristotle, or, perhaps, to Maimonides. The God of the philosophers is arguably, however, not omniscient so much as Knowledge Itself: does this God take notice of human beings at all? Whereas omniscience creates difficulties for conventional religious beliefs in free will, moral responsibility, and reward and punishment, the notion of God as intellect is arguably far less compatible with religious sensibility.

The God of the Torah is a God of justice, one who thinks in terms of good and evil, who measures and responds to human thoughts and deeds by the yardstick of good and evil. He is a God whom Abraham can call, “the judge of all the earth,” and who can be relied upon because He is reliably just. The God of the Torah is the God we need—if we are to be good, faithful, loving, and trustworthy. Only such a God makes imitatio dei a possible goal. The God of Aristotle or (arguably) of Maimonides is not a moral God. By contrast, the God the Torah in its wisdom has bequeathed to mankind is. In knowing good and evil, we have, the Torah tells us, become like God; we are now capable of choosing justice, of moving beyond obedience. Maimonides has taught that without similarity or at least some commonality there can be no relation. And, for him, since there is no similarity or commonality between God and men, there indeed is no relation. Yet, how is one to live as a Jew without the possibility of relation? As Buber has so memorably expressed it, “And if He was not a person in Himself, He, so to speak, became one in creating man, in order to love man and be loved by him—in order to love me and be loved by me.” The Torah presents us not God as He is in Himself, but the God who created man.