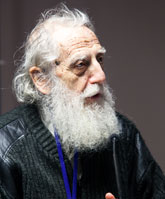 The Divine Perfection- Notes and Comments

I will open this abstract with a brief observation regarding Divine Perfection in Jewish medieval philosophy.   I think I am correct in affirming that in Jewish classical philosophy the Divine attribute of "Perfection" is secondary, and in some theologies, entirely non-existent.   For example, in Maimonides' Guide to the Perplexed, perfection is merely a pedagogical instrument with neither philosophical nor theological importance.

However, we question the importance of Divine Perfection if we transpose that question into the language of classical philosophy. Could we, furthermore, question the importance of Divine Perfection in relation to different situations in the Bible and the Talmud? I think that indeed, we could study the meaning of Divine Perfection therein - within chronological limits – with due methodological care. I would add a reservation regarding chronological limits: one exception is, in my opinion, necessary. Over the centuries, many Jewish scholars read the Bible and Talmud very distantly from philosophical influences. Much of their work, their commentaries and super-commentaries, teach us a great deal about reading classical texts with the purity that was lost in contact with Athens. Would Rashi, for example, be a"kosher" scholar for the purposes of our endeavors?

I will refer, in my presentation, to two examples of ancient Jewish thought – Bible and Talmud – where the extents of Divine Perfection are discussed. The first is absolutely clear and accepted by all Talmudic sages. Its roots extend from many Biblical sources. This is the idea of the moral perfection of God, the Holy One blessed is He. Within this idea, the root of Divine Perfection is one of the most basic axioms of ancient biblical morality: "והלכת בדרכיו "   "…and you shall go in His ways." From here we reach the point where we must take into account Divine Perfection as it is reflected in God's works.

The first image of perfection is, of course, reflected in the sixth and seventh days of creation. The world receives from God the maximum possible "evaluation:" very good. The world's imperfections are "discovered" only later, in the next two chapters of Genesis, with the Tree of Good and Evil that bears fruits as a result of sin. The concept of Divine Perfection is thus preserved and we will be able to witness it in the end of days.   Certainly, God's works in the material and natural world are good; this is clear. This is also true in the spiritual world with its ethical demands. Here, we find ourselves before another perfect work, the Torah: the perfect law. This perfection leads us, after over a thousand years, into the Jewish-Christian polemic.

A second example of Perfection, in Talmudic thought, leads to a basic dimension of the world: time. Can God know the future? Here we have a specific Talmudic source, a Jewish-versus-pagan discussion between a Talmudic sage and a Roman pagan theologian. As we shall see, the Jewish tanna defended God's absolute foreknowledge, fully aware that this presents us with paradoxes, the most famous of which is the seeming contradiction between fore-knowledge and human freedom.

In two of my articles I have argued that the first formulation of this paradox is the dictum of Rabbi Akiva in the Mishnaic treatise Avot.: הכל צפוי והרשות נתונה "everything is known, however, freedom of choice is given" Certainly, even in the previous generation of Tanaites, we find a variant of this paradox, in the discussion between Rabbi Eliezer and Rabbi Yehoshua. Both the discussion and the idea in Rabbi Akiva's dictum highlight the need to clarify the meaning of Perfection.

Certainly, the concept of Divine Perfection cannot be incorporated before we discuss some basic axioms. Does the fact that human beings are free creatures, the only in the universe, imply that the Divine domination in the world is limited and thus not perfect? Would a powerful oriental tyrant be happy with a situation such as this? Which [God] is more perfect? God who has absolute sovereignty? God whose omnipotence is unlimited? God who is not bound – even by his own promises? Or perhaps God who unites a powerful will with ethical rationalism is more perfect. As we say in Jewish tradition: this God fulfills His promises and respects His covenants. He respects His ancient promise never again to bring a Flood. As the blessings on the Iris bow teach us, God is נאמן בבריתו – He is faithful to his "contracts" – you can expect His fidelity. He also expects this from us because we are expected to "go in His ways."

The acceptance of the concept of future omniscience is reflected in Halacha and leads to a new understanding of a centuries-old Talmudic controversy concerning what is called in Talmudic language ”breira” - This controversy includes three problems, one of which is the possibility of causality working against the directions of time – when the future influences its past. With all respect to academic responsibility, I would like to say that some halakhic paradoxical situations resemble quantum phenomena! The imposition of contradictory states is accepted by an entire  school of scholars, to which belong Rabbi Meir, the most important disciple of Rabbi Akiva. The tanna who argued with the pagan philosopher was Rabbi Yehoshua ben Korcha, another disciple of Rabbi Akiva. This disciple developed the theory that God "knows" not only the future but all the possible futures of every man, futures that are cancelled when God consequently manages the world. These non-existent futures, which God may interrupt and destroy, may still change the future, in that virtual reality which exists only in God's knowledge and which continues to act and inluence.

One last leap, this time into the twentieth century where we will find a group of scholars that studied, in a way, the biblical philosophy. Excluded from the biblical establishment, they rediscovered the problem of perfection. Their answer was not that there is no biblical perfection, but that there is another concept of perfection, not from Athens but from Jerusalem, not static but dynamic. Two Jewish thinkers developed an independent vision not very far from the group that we mentioned. One of them was Rabbi Avraham Itzchak Hacohen Kuk. To get to the other we must return back about 2 centuries more. However this way is too long for an abstract.