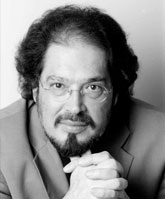 Shmuel Trigano is Paris University Emeritus Professor of Sociology of Religion and Politics. He was Senior Fellow for 2012-2013 at the Herzl Institute where he wrote Hebrew, a Philosophy Toward a New Jewish Thought (French, 2014). He has published 24 books in the fields of Jewish (Political) Philosophy, Jewish Identity, Jewish Modernity, Contemporary Judaism, French Jewry, Sociology of Religion and Politics, and more. He has edited numerous collective books in the domains of Jewish History, Jewish Thought, and Jewish Memory.

Among his publications, The Democratic Ideal and the Shoah: The Unconscious in Political Modernity was published in English by SUNY Press in 2009 and in Hebrew by Ben Gurion University Press in 2010. His most recent English-language publication, Philosophy of the Law, was published by Shalem Press in 2012. Prof David Novak (University of Toronto) wrote about this book “Until recently, one could say that there were only two original Jewish metaphysics developed by authentically Jewish thinkers in the 20th century. The first is that of Franz Rosenzweig, developed in his magnum opus, The Star of Redemption. The second is that of Abraham Isaac Kook, developed in several of his collections of meditations. But we now have the third such metaphysics, developed by Shmuel Trigano in his massive work”. One of Trigano’s recent works, Judaism and the spirit of the world (French, 2011), proposes a global theory of Judaism as a living and symbolical system. It has been welcomed by the French newspaper Le Monde as “a far-reaching masterpiece, which will become a reference book.” His latest book is titled: The New Jewish State (French, 2015).

Trigano was the founding Director of the College of Jewish Studies (1986-2013) at the Alliance Israélite Universelle in Paris. He founded in 2013 in Paris the Popular University for Judaism (http://www.unipopu.org). He is also Founding Director of Pardès, a European Journal of Jewish Studies and Culture (www.inpress.fr) (1985-) and of Controverses (http://www.controverses.fr ), a journal of political ideas (2006-2011). In 2001, he created a research center devoted to the analysis of contemporary antisemitism. He is president of the Observatoire du monde juif which has published numerous bulletins and booklets (http://obs.monde.juif.free.fr).

God's Perfection in the Being's Withdrawal

In Judaism, thinking about God's perfection falls within the rationale of the idea of creation.

The world is God's creation. Yet, God is named "the Being" so that all what exists is God's.

Have we to think that He dissolves himself in the beings he creates? No, because it is written that the Being stops creating (shabbat) when a second being is created, Man, as if the Being suspends himself, withdraws, separates from himself, to make the second being a place. The world where this last stands as much as himself carry the mark of the Being's absence: the absence of his presence.

The prohibition of (God's) representation expresses well this state of things. The feebleness of language - Man's characteristic - to define God and his perfection could be understood in the same way.

If, by "perfection" one intends the Being's full and complete presence (plenitude), it is only by his empirical absence that it can be approached and thought (this is exactly what proposes the Maimonidean negative attributes doctrine). The fact that the Biblical God seems to display a failure - and then a lack of perfection - in the government of humanity, is one of the consequences of God's withdrawal to make place to a second being who is free. "In God's image", he is called to become a creator, who will take a part in his own creation: '"Let's create Man", "And God said, Let us make man in our image, after our likeness"(Genesis 1, 26) has to be understood as "Let us ( I and Man ) create Man..." In this perspective, the Talmud defines Man as an "associate/Shutaf" of God in creation.

In Greek philosophy and its dualist anthropology, it is possible to think about presence (the realm of "ideas") as completely independent from the physical world, it is possible to conceive "perfection" as eternity while in a Judaic perspective the being is conceived as a birth process (Ehye). The Greek philosopher thinks he can take up God's position and, therefore, he cannot conceive the idea of creation, that is to say the possibility of a second being in the Being. In this bi-dimensional ontology, absence opens the way to the idea of "perfection". Through its negation ( shelilat haheader according to Maimonides) there is a means to access to presence. Man and the created world are embryonic beings (because of the Being's withdrawal), called to raise to the Being's level, in order to be "in God's image", called to be "fulfilled" in the future.

Perfection, then, might be understood as a process, that is to say perfectibility. Perfectibility, yes, is thinkable in Judaic terms, perfection in the future, "Im teitiv, seeth..." " if thou doest well, shalt thou not be accepted? and if thou doest not well, sin lieth at the door."(Gn 4, 7) is said by God to Cain, not perfection as a timeless reality but as a criterion for future.

The only perspective to approach the notion of perfection in Judaic terms is through the "economy" of being...