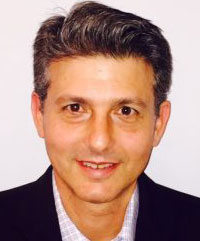 Alex Sztuden has taught philosophy at Fordham University, where he received his M.A and was awarded a distinguished fellowship. He holds a J.D. from Columbia Law School, where he was a member of the Columbia Law Review and a Harlan Fiske Stone Scholar, and received his B.A. in Philosophy from Yeshiva University.  He has published widely in philosophy and religion and is the winner of the Joel and Jeanne Novak Prize for Best Essay in Jewish Thought. He is the cofounder and director of an online education company.

Revelation, Authority and the Space Between

I argue that the participatory theology of revelation implies that…scripture is a chimera…for Judaism there really is no such thing as scripture; there is only tradition…”

For the classical rabbinic Sages, Hebrew Scriptures was conceived of as a hierarchy in terms of prophecy and divine inspiration, the highest level of which was occupied by the Five Books of Moses. The books of the Prophets, such as those of Isaiah and Jeremiah, while also included in the canonized scriptures, were said to be at a level removed and lower than the more direct interaction between God and Moses that resulted in the Pentateuch. And finally, the Writings, comprised of the scrolls of Esther and Kohelet, among others, were also considered to be the result of divine inspiration, but yet again at another remove, and lower than, the prophetic books. And further, many of the Sages were also crucially concerned with the distinction between what they considered to be biblical law and rabbinic law. So both in contrast to the books of the Prophets and Writings, and in contrast to rabbinic law, the Sages sought to circumscribe and mark off a unique sphere of revelatory activity as documented in the Five Books of Moses.[2]

While the legal import of this three-tiered hierarchy, and of the distinction between biblical and rabbinic law, has been readily discussed and acknowledged, the theological significance of these levels and distinctions has yet to be fully explored and appreciated. In short, what is the theological significance of the rabbinic delimiting of a unique, and higher, space for the Pentateuch, and for the varying levels ascribed to the various parts of the Hebrew Scriptures?

This question directly addresses significant contemporary challenges to the idea of a unitary, and higher, revelation as traditionally understood by the Sages. Most recently, the scholar Benjamin Sommer has proposed that the Jewish tradition ought to abandon, at least as a part of its theology, the varying levels and distinctions of the Sages in their understanding of revelation and prophecy. As Sommer puts it, revelation is not closed off, but open, and there is, in principle, no difference between the Torah of Moses and the writings of Heschel, as both are conceived as part of the ongoing process of ‘participatory’ revelation.

This paper challenges the conception of Jewish tradition as ‘open’ and fully-mediated - without differentiation - by human agents, whether those agents include Moses, the prophets, or contemporary scholars of religion. In particular, I argue that the project of collapsing the distinctions proposed by the Sages is not warranted by Sommer’s readings of the relevant biblical passages - even on his own terms, and that it rests on a series of questionable philosophical assumptions. In addition, I develop a critique of the distinction between stenographic and participatory models of revelation, and show them to be insufficient as a means of framing the various understandings of revelation.

But the goal of this paper is not primarily one of critique. Rather, as against the model of undifferentiated mediation between the divine will and human agency proposed by adherents of open and ongoing revelation, this paper seeks to recover the more nuanced, rabbinic conception of varying levels and types of mediation, even as all knowledge of the divine will requires active human participation.

[2] There are a variety of views in rabbinic sources regarding both how canonized scripture is to be conceived, and of how biblical and rabbinic law are said to relate to each other, and of how important the barrier between the two is understood. The various views will be shown to have differing theological implications.