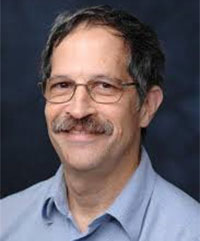 Ben Katz is a Professor of Pediatrics at the Northwestern University Feinberg School of Medicine and an Attending Physician in the Division of Infectious Diseases of the Ann and Robert H Lurie Children’s Hospital of Chicago.  He is the author of over 50 peer-reviewed medical publications as well as studies of Jewish interest related to Bible, liturgy and the calendar published in journals such as Tradition, Bechol Deracheha Dehu and Jewish Bible Quarterly.  He is the author of A Journey Through Torah: A Critique of the Documentary Hypothesis, Urim, 2012.

A Traditional Yet Modern Approach to Torat Moshe MiSinai

The Torah is the basis of all Judaism. In traditional Jewish thought, the Torah is considered to have been transmitted from God to Moses either at Sinai or beginning at Sinai and culminating 40 years later at the gates of the Promised Land, and the text of the Torah that we possess is the record of that revelation.

Modern critical scholarship, on the other hand, will often question the accuracy of the Biblical text as we have it (“lower criticism”) and claims that the Torah is the product of multiple (usually at least three) authors with different perspectives who lived centuries apart and centuries after the events being described. The (higher) critical theory as to how the Bible came to be written that has commanded the most attention for the past two centuries is the “documentary hypothesis (DH)”. In brief, each “document” or author is said to have had a different provenance (e.g., Northern or Southern Israel) and/or a different perspective (e.g., priestly , nonpriestly or “dueteronomic/deuteronomistic” [i.e., believing that sacrifices should be centralized in Jerusalem]).   Professor James Kugel, an observant academic Bible scholar, believes that “modern Biblical scholarship and traditional Judaism are and must always remain completely irreconcilable” (How to Read the Bible, Free Press, N.Y., 2007, p. 681).

I completely disagree. The DH is unfalsifiable, since every exception can be attributed to a later editor or redactor. Ironically, similar ideas regarding multiple authorship of classical works other than the Torah (e.g., those of Homer) have fallen by the scholarly wayside, but not the DH.

While purporting to solve many problems at once (e.g., contradictions are not harmonized because they merely represent different points of view) and thus satisfying Occam’s razor, the DH raises many other concerns (e.g., lack of continuity in each “document”, lack of modernization of ancient spellings). Denying the veracity of the DH is not the same as doubting the “theory” of evolution, as there are facts to bolster the latter (e.g., fossils and DNA) but precious few to prop up the former.

Moreover, perhaps somewhat surprisingly, as will be demonstrated, traditional Jewish interpreters have grappled with many lower and even higher critical issues as far back as the rabbinic era, and especially in the medieval period (e.g. in the commentaries of Joseph Kara [ca. 1060-1130], Abraham ibn Ezra [1089-1164], Rav Yehudah HaChasid [d. 1217], David Kimchi [ca. 1160 – ca. 1235], Tanchum ben Joseph Hayerushalmi [ca. 1220-1291] and Isaac Abravanel [1437-1508]). Unfortunately, much of what passes for Orthodox theology today is much narrower than what was acceptable in the rabbinic and especially the medieval period, where commentators could state that (admittedly small) additions were made to the Torah after the time of Moshe.

Scholarly arguments against multiple authorship of the Torah and demonstrating the antiquity of the spellings and other traditions preserved in the Torah don’t prove that the Torah was written by Moshe. Unlike a fundamentalist, I can outline evidence that would convince me of the veracity of the DH (e.g., finding a scroll compatible with one of the postulated documents). That being said, belief in Torah from Heaven is neither naïve nor unsophisticated, especially if that belief is modified along the lines of what was accepted by certain rishonim such as Yehudah Hachasid, ibn Ezra and Abravanel, which would allow for a limited sort of “supplementary hypothesis” approach, as will be discussed.