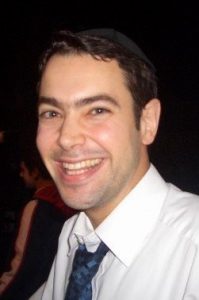 Daniel Rowe holds a BA in philosophy from University College London (UCL) and an MPhil in philosophy from Birkbeck College. He was a tank driver in the 401st Armored Brigade of the Israel Defense Forces. Rabbi Rowe studied for almost a decade in Israel in various Talmudic institutes and is considered one of the most dynamic Jewish speakers in the UK, teaching in campuses, communities and schools across the country. Rabbi Rowe has served as Educational Director of Aish UK, and has overseen cutting edge educational initiatives that have played a crucial role in enhancing Jewish identity and commitment amongst teens and students across the country. In February 2016 Rabbi Rowe became Executive Director of Aish UK. In addition to his work at Aish, Rabbi Rowe has been responsible for the creation and development of a number of programs including the Forum for Jewish Leadership and the Aleinu Conference, together with the JLE, Seed and the RCUS. He also played an instrumental role in helping bring Aish and JLE together on campus for the Genesis Programme. Most recently, alongside his responsibilities at Aish UK, Rabbi Rowe has served as Coordinator for the Chief Rabbi’s Shabbat UK for the last two years, playing a leading role in the initiative which saw over 120,000 people taking part in community events across the UK in 2015.