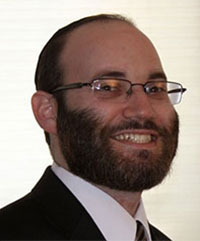 Gil Student is the Publisher and Editor-in-Chief of TorahMusings.com, a leading website on Orthodox Jewish scholarly subjects, and the Book Editor of the Orthodox Union’s Jewish Action magazine. He writes a popular column on Jewish issues featured in newspapers and magazines. In the past, he has served as the President of the small Jewish publisher Yashar Books and as the Managing Editor of OU Press. Rabbi Student currently serves on the Executive Committee of the Rabbinical Council of America, the Editorial Board of Jewish Action magazine and the Board of OU Press.

More subtly, the Talmudic rabbis expressed their views implicitly through their method of engagement with biblical texts. We can deduce from rabbinic analysis of the Hebrew Bible an assumption of unity among all biblical books. The Talmud and Midrash frequently challenge one biblical passage with another, assuming that both represent the same literary style and theological view. By examining specific examples, we can see this underlying assumption about the texts' origin. We can infer that the rabbis of the Talmud and Midrash viewed the ultimate inspiration of all books of Scripture as a single point--divine revelation.

Along with the question of the nature of the divine source of the Bible, this paper explores the metaphysical question of how a text could have been transmitted from heaven. Maimonides explicitly leaves this as an unanswered question.

The many academic fields that shed light on biblical origins, which we will call biblical criticism for simplicity, challenges rabbinic beliefs about the Bible's origins. This paper explores the views on biblical authorship of three twentieth century Jewish scholars--Rabbi Louis Jacobs of the Masorati (Traditional) movement in England, Rabbi Abraham Heschel of the Conservative movement in America and Rabbi Menachem Kasher of the Orthodox movement in Israel. It evaluates each scholar's approach in building a theology of biblical transmission in light of the rabbinic tradition and biblical criticism. Each wrote at length on this subject and confronted biblical criticism in their own way, reaching different conclusions.

Jacobs concluded that biblical criticism contradicts Jewish tradition. Therefore, he set out to write a new Jewish theology that rejects only what is necessary and retains the rest. Unable or unwilling to explain the mechanism by which God communicated a text to Moses, Jacobs argues that no such transmission occurred. To Jacobs, revelation contained no content.

Heschel attempted to expand the historical Jewish viewpoints with a revisionist study of rabbinic texts. His confusing literary style allows for easy misinterpretation so we must carefully unpack his argument. After all the work, we find that ultimately Heschel failed to find a mechanism for transmission of the biblical text, failed to account adequately for biblical criticism and overstated his revisionist thesis. He was true to neither biblical criticism nor Jewish tradition.

Kasher built on Talmud and Midrash a view of multiple authorship of the Pentateuch with redaction by God and transmission to Moses. His thesis finds consistent support in Medieval literature and reduces the divergence in rabbinic views that Heschel claimed to have found. Kasher also explains the metaphysical mechanism of transmission of a text based on discussions in Medieval philosophical literature. However, Kasher, too, fails to adequately account for the multiple challenges of biblical criticism.