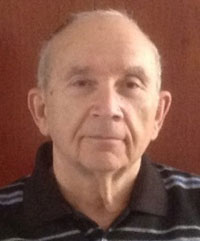 Norman Strickman is Rabbi emeritus of the Marine Park Jewish Center in Brooklyn and is a Professor emeritus of Jewish Studies at Touro College in New York City. Dr. Strickman received his B.A. and M.H.L. degrees from Yeshiva University, and his Ph.D. from Dropsie University. Dr. Strickman is the recipient of the Histadrut Ha-Ivrit prize in Hebrew Literature and was awarded a grant from the Memorial Foundation for Jewish Culture. Rabbi Strickman has served as president of the Rabbinic Board of Flatbush and chairman of the Beth Din of the Rabbinical Council of America, Philadelphia region.  He has published a translation and annotation of Ibn Ezra’s commentary on the Pentateuch and on the Books of Psalms.  Rabbi Strickman has also authored an English translation and annotation of Ibn Ezra’s Yesod Morah. His writings have appeared in the Jewish Quarterly Review, Mid-stream, Bitzaron, Ha-Darom and Hakirah. Rabbi Strickman is married to Zahava. They have two children and three grandchildren all of whom served in tzahal. The Strickmans made aliyah in 2014 and live in Petach Tikvah, Israel.

Torah From Heaven- Which Torah?

A Modern Orthodox Point Of View:

According to the Talmud, God revealed two laws to Moses on Sinai, a written Torah and an oral Torah.

According to Moses Maimonides the belief that the Pentateuch came from heaven is one of the 13 principles of Judaism. He writes:

"The eighth principle of Judaism is that the Torah is from Heaven.

This means that we believe that the entire Torah that is in our hands today is the Torah that was given to Moses...... it came to Moses entirely from God, in the kind of transmission that may be referred to metaphorically as “speech.” No one knows the nature of that transmission except[Moses] the person, may peace be upon him, who received it . He was akin to a scribe before whom something is dictated and he writes it all down, dates, numbers and commands…. "

There is very little room for dialogue among the various branches of Judaism regarding the above. One either takes Torah from heaven as literally true. Or not.