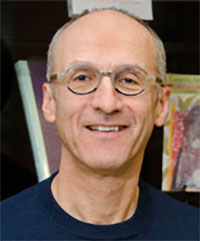 James A. Diamond is a full professor and the Joseph and Wolf Lebovic Chair of Jewish Studies at the University of Waterloo and former director of the university’s Friedberg Genizah Project.  His principle areas of study include biblical exegesis and hermeneutics, medieval Jewish thought and philosophy, Maimonides, and rabbinics. He has published widely on all areas of Jewish thought.  He is the author of Maimonides and the Hermeneutics of Concealment (SUNY Press, 2002), which was awarded the Canadian Jewish Book Award and of  Converts, Heretics and Lepers: Maimonides and the Outsider (University of Notre Dame Press, 2008), which was  awarded   Notable Selection- Jordan Schnitzer Book Award in the Category of Philosophy and Jewish Thought for best book in  4 years (2008) as well as the  Canadian Jewish Book Award. His most recent book, Maimonides and the Shaping of the Jewish Canon, published by Cambridge University Press in 2014, argues that Maimonides’ philosophy and jurisprudence  has become an integral part of the Jewish canon alongside the Hebrew Bible and the Talmud.  He is also co-editor of  Emil Fackenheim: Philosopher, Theologian, Jew (Brill, 2008) and Encountering the Medieval in Modern Jewish Thought (Brill, 2012).   His articles have appeared  in many of the leading  peer reviewed scholarly journals, including Harvard Theological Review;  Journal of Religion; Vetus Testamentum; Journal of Jewish Thought and Philosophy; Association of Jewish Studies Review; Jewish Studies Quarterly; Jewish History; Philosophy and Literature; Journal of Religious Ethics; Medieval Philosophy and Theology;  Prooftexts; Jewish Quarterly Review; Journal of Jewish Studies as well as a periodic contributor to such popular forums as the Jerusalem Post. His next book, And God said to Adam ‘Where Are You?’: Jewish Philosophical Theology Unbound, will be published by Oxford University Press in the fall.

When Is Torah Not From Heaven? Profiling the False Prophet

This presentation will examine the notion of torah min hashamayim, Judaism’s principal theological tenet, by way of probing the counterfactual phenomenon of a torah specifically disqualified as authentically emanating from heaven. How do we determine whether a teaching originates in heaven or not? Normally it is the prophet who channels communication between heaven and earth. Even at Sinai, Israel’s groundbreaking national revelation, Moses’ prophetic prowess was instrumental in conveying what was disclosed partially to the nation as a whole. Such being the case then it is critically instructive to understand the profile of the prophet who claims falsely to communicate in the name of heaven.

Deuteronomy 13 and 18 stipulate criteria that determine the legitimacy of prophetic messages. The former posits a de novo test conditional on the nature of the content of the prophecy. External phenomenon (ot; mofet) cannot vindicate prophetic content that violates core monotheistic truths already established at Sinai as min hashamayim. Thus the substantive content of the prophet’s message itself determines its legitimacy. Deut 18, however poses a very different test. It conditions prophecy’s veracity on the ex post facto realization of its prognosticative elements. God’s rationale for allowing natural phenomena to seemingly support false prophecy is to test (nisayon) the depth of Israel’s allegiance (ahavah) to Him. But what militates against the prophet who promotes polytheism, for example, is not simply the abstract philosophical truth that grounds torah min hashamayim. The false prophet’s message also violates a relationship warranted with a God who liberated Israel from slavery.

Importantly, liberation from Egypt was perfected at Sinai by a normative transition from serfdom to freedom via “commandment.;” to a “way in which to walk” (13:6). Sinai anchors all authentic torah in a God introduced in the preamble to the Ten Commandments, not as a subject of metaphysical propositions. Rather He is a liberator who demands allegiance as a kind of quid pro quo for His role in Israel’s national liberation. Universal truth therefore is inextricably intertwined with the particular “way” that truth is uniquely preserved by Israel. What informs Torah min hashamayim is not just philosophy, but also ethics, politics, and relationship. All of these comprise the scale of the barometer that measures the heavenly quotient of any message conveyed in heaven’s name.

Once I flesh out theoretical contours of false prophecy I will move to concrete biblical illustrations of it recorded in Jeremiah 28 and 1Kings 22. Both pit false prophets against legitimate ones, yet the conflict seems to concern purely political matters over whether to capitulate to foreign domination or whether to mount a military campaign against an enemy. Curiously, what seems to vindicate Jeremiah’s message is not the truth of its content but rather simply a prediction that actually materializes. In the other case false prophecy results from a “false spirit” (ruah sheqer) deliberately sent by God to mislead. A close reading of the graphic “debates” between the genuine prophet and the charlatan provides further clues as to the nature of torah min hashamayim.

One cannot ignore subsequent rabbinic interpretations that form the bedrock of any Jewish philosophical theology. Our analysis will further explore the rabbinic view that only positive prophetic declarations can be scrutinized for their truth-value. It will then consider Maimonides’ unique formulation in his legal code that forever immunizes the foundational event of torah min hashamayim at Sinai by grounding it as an empirically unassailable event witnessed on a mass scale.