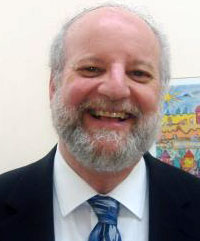 Jeremiah Unterman was Adjunct Professor of Bible at Yeshiva University and Director of the Association of Modern Orthodox Day Schools and Yeshiva High Schools in North America before becoming a Resident Scholar at the Herzl Institute.  Dr. Unterman is the author of a new book, Justice for All: How the Jewish Bible Revolutionized Ethics (Jewish Publication Society, 2017). He also wrote a book on Biblical prophecy, From Repentance to Redemption, as well as numerous scholarly articles, and has taught at Dartmouth College, Northwestern University, University of California – Irvine, and other universities. He received a B.A. in Hebraic Studies from Rutgers University, an M.A. in Bible from the Hebrew University of Jerusalem, and a Ph.D. in the Judaica Program of the Near Eastern Studies Department at U.C., Berkeley.

Sinai Law and the Hammurabi Code- A Comparative Study

Although the ANE law collections cited here may have been primarily royal compilations, the authorities responsible for the administration of civil law were not only the kings, but local or provincial courts (tens of thousands of cuneiform tablets document legal agreements and transactions, court cases and lawsuits). It is noteworthy that religious and ritual regulations do not appear in these legal collections, but were gathered in priestly instruction guides, while morality in the form of general admonitions was found in wisdom literature produced by sages.

This is not to say that the ANE law collections were without religious or moral connection. The law collections of Ur-nammu, Lipit-Ishtar, and Hammurabi all have prologues which indicate that these legal inscriptions are evidence that the king fulfilled the responsibility given him by the gods to establish justice in the land. The collections of Lipit-Ishtar and Hammurabi also contain epilogues which call upon different deities to punish anybody who erases or defaces these inscriptions.

The most complete of these collections is that of Hammurabi. According to the prologue and epilogue of that collection:

In contrast to the Mesopotamian law collections, Sinai law has a different framework and raison d’etre:

Why? Why is the law so important to the Bible that every Israelite must be familiar with it? The answer is that, in the Bible, the Sinai treaty and Divine law are inextricably intertwined. Thus, the stipulations of the treaty equal the laws of the people. That means that the blessings and curses of the treaty are tied to obedience or disobedience of the law! In the ANE law collections, punishment is usually only meted out to the guilty individual (and, in some cases, to family members). However, in the Bible, punishment for disobedience (that is, if too many are disobedient) is not only meted out upon the individual(s) responsible, but upon the whole society! Further, like typical civil or criminal law in society, in the ANE no benefits accrue for obedience to laws. Not so in the Bible where, in accord with the treaty’s blessings, obedience to law is rewarded to the entire society! As God is the law-giver, He will also enact the rewards or punishments.

Thus, obedience or disobedience to the law in the Jewish Bible (and later Judaism) becomes the determinant of the people’s destiny. As such, law in the Jewish Bible takes on a much more important role than law in all other societies. As with the Sinaitic treaty, for the first time in the ancient world, the individual is responsible for the fate of the community by his/her behavior. In reality, each individual now has a dual responsibility – as an individual and as a member of the nation. The community whom the Torah addresses is now apprised of the extraordinary importance of each individual member. So, the community must take steps to ensure that its individuals obey the law. Additionally, the community must accept its own responsibility for the welfare of its members. This concern will be reflected in numerous Divine laws that enjoin the community and its individuals to care for the vulnerable elements of society. Consequently, for the first time, the community becomes responsible for the fate of the individual. Thus is born the concept of mutual individual and communal responsibility.Thus, Sinai law becomes the basis for the establishment of a just society.