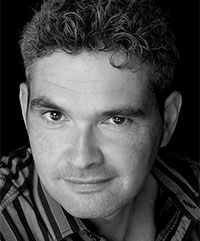 Jonathan Burnside is Professor of Biblical Law at the Law School, University of Bristol, England. He is Research Director at the Law School where he teaches Jewish Law, among other subjects. He has degrees in Law and Criminology, both from the University of Cambridge, and a Doctorate in Law from the University of Liverpool. He joined the School of Law as Lecturer in 2001, becoming Reader in 2007 and Professor in 2012. Previously, he spearheaded Relational Justice for the Jubilee Centre, Cambridge, and was appointed by the Home Office and the Prison Service England and Wales to head an evaluation of faith-based units in prisons in England and Wales. He has served as Independent Advisor to the Correctional Services Accreditation Panel (Ministry of Justice) and the National Offender Management Service. His work explores the relationship between law, theology and criminology from theoretical and applied perspectives, beginning with Relational Justice: Repairing the Breach (1994, Waterside Press) and including My Brother’s Keeper: Faith-based units in prisons (2005, Routledge). His work on biblical law includes The Signs of Sin: Seriousness of offence in biblical law (2003, Continuum) and God, Justice and Society: Aspects of Law and Legality in the Bible (2011, Oxford University Press).

The narrative of the Giving of the Law at Sinai presents a challenge to legal positivism. Although the image of Moses descending Mount Sinai bearing the Ten Commandments is justly iconic, icons distort and in this case it can give us entirely the wrong idea about biblical law. The picture is powerful, in part because it fits our modern, positivistic, notions of law which incline us to see law as something ‘posited.’ This idea of law is routinely taken up by theologians and biblical scholars in their assumptions about what biblical law ‘is’ and how it ‘works.’ However this is not the only picture the biblical text provides regarding the giving of the law. Exploring the modalities of the giving of the law at Sinai enable us to see afresh that biblical law is not only an icon of revealed law; it is also an icon of concealed law. This is because revelation is given in the context of concealment. The implications of this approach are explored with reference to the influential legal positivist, Jeremy Bentham. Although Benthamite legal positivism has a number of points in common with biblical law, biblical law is opposed to Benthamite jurisprudence. This is explored through the following oppositions: (1) ‘material jurisprudence’ versus ‘spiritual jurisprudence’; (2) ‘demystification’ versus ‘mystification’; (3) law that has no hidden meaning versus law that has hidden meaning; (4) law that is complete versus law that does not claim to be comprehensive; (5) codified law versus literary art; (6) detachment versus encounter; (7) law as a one-way projection of authority versus law as dialogue; (8) law applied universally versus law applied particularly; (9) the written word versus the oral word; (10) semantic versus narrative interpretations and (11) ‘censorial’ jurisprudence versus ‘psalmodic’ jurisprudence. This indicates that although there are some points in common between biblical law and Benthamite legal positivism, biblical law presents a major challenge to Bentham’s idea of law. As such, biblical scholarship needs to come to terms with Bentham’s influence on legal positivism and, in turn, with the effect of legal positivism on studies in biblical law. Since the biblical account of the giving of the law is central to reaching these conclusions, greater primacy should be given to this in shaping accounts of the nature and character of biblical law.