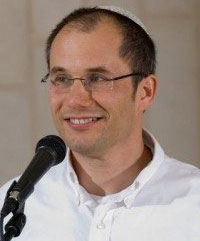 Joshua Amaru teaches at Yeshivat Eretz Hatzvi in Jerusalem. He is one of the scholars overseeing the translation of the Talmud in its new format for the Koren/Steinsaltz Talmud Bavli. He is presently editing a new translation of the Tanakh for the English edition of Rabbi Steinsaltz’s commentary. He holds a doctorate in philosophy from Bar Ilan University, specializing in ethics and philosophy of mind. Previously, he spent ten years studying at Yeshivat Har Etzion, mostly with the late Rabbi Aharon Lichtenstein, and received rabbinic ordination from the Chief Rabbinate of Israel.

‘Torah from heaven’ has always been understood to be about the oral Torah as well as the written Torah. In the case of the oral Torah, this belief is complicated by the fact that the oral tradition, as embodied in Rabbinic literature,[1] conceives of itself as containing both divinely revealed and humanly generated halakha. This distinction is often associated with one of the central categorical distinctions in halakha – the distinction between Torah law and Rabbinic law. The most explicit halakhic ramification of this distinction applies to cases of halakhic uncertainty:

However, the halakhic importance of this distinction is not limited to cases of uncertainty. It shapes the contours of halakhic discourse. Torah law is defined strictly and narrowly, such that one is not considered to have fulfilled a positive commandment or have violated a prohibition unless one has acted in a clearly defined way. In contrast, rabbinic law, though it includes free-standing obligations and prohibitions, is mostly constructed around the narrowly defined Torah law. Thus, the prohibition of igniting a fire on Shabbat is in force by Torah law only if one ignites the fire in the normal way, with the intention of generating a fire, and where the fire serves a constructive purpose. Rabbinic law extends the prohibition to all cases of igniting a fire, even absent those constraints. This example can be taken as paradigmatic: the scope of Torah law is narrow and limited while rabbinic law serves to fill in the lacunae generated by such a strict construction of the Torah law.

The standard grounds for this distinction are theological: Torah law is the halakha as revealed to Moses at Sinai. It is embodied in the written Torah as explicated in the oral Torah, which serves as the authoritative interpretation by which halakha is derived from the Pentateuch.[3] There are two classical renderings of this. In a series of works, beginning with the introduction to his commentary on the Mishna, Maimonides presents a minimalist understanding of Torah law. According to Maimonides, Torah law is the 613 mitzvot, strictly defined and conceived. Most of it is grounded in the text of the written Torah. Alongside the written Torah, the meaning and extension of each and every mitzva was given to Moses, and it is that which makes up the oral component of Torah law. All other expansions, derivations and interpretations are human creations and can only be considered rabbinic law.

According to Ramban’s maximalist position, Torah law includes not only the content of the revelation to Moses but also the content of whatever the Rabbis derived from the text of the Torah by means of their hermeneutical principles. These derivations, however far-fetched, are to be considered the meaning of the Torah text, and as such warrant regarding the halakhot they contain to be Torah law. Ramban’s fierce attack on Maimonides’s understanding of how to draw the line between Torah law and Rabbinic law is deeply rooted in his reading of Rabbinic texts, which seem to support his understanding that new derivations can be considered Torah law and this perspective is probably the dominant one even today.

This paper argues that both Maimonides’s minimalist approach and Ramban’s maximalist approach to the relationship of the oral Torah to revelation are theologically problematic.[4] Maimonides’s minimalist approach generates an implausible quasi-history of the oral Torah. Ramban’s maximalist approach depends on a perhaps even more implausible theory of the meaning of the text of the written Torah. The central weakness of both perspectives, I will argue, lies in their making use of the halakhic distinction between Torah law and rabbinic law as the grounds of their theological conceptions of Torah from heaven. Besides the implausibilities mentioned above, I will show that it generates theological absurdities. Given the Rabbinic conception of Torah law as strictly defined and limited in scope, if one takes the content identified as Torah law to be the content of revelation, one must imagine divine commandments to be absurdly precise. I will illustrate this using the halakhot of Shabbat, which are among the most robustly developed halakhot in the oral Torah. If we are to take the halakhic construct of Torah law to exhaust the content of the divine will regarding Shabbat, the commandment to rest on Shabbat is reduced to a list of absurdly narrowly constrained prohibitions.

At the end of the paper, I will sketch an alternative theology of the Rabbinic notion that the oral Torah is from heaven. This alternative does not take the halakhic distinctions to map onto the theological ones. Rather, it supposes that the oral and written Torahs play different roles, and that the written Torah can provide us with theological content that is not entirely dependent on the halakhot that are the preoccupation of the oral Torah. At the same time, the grounding of halakha in revelation can be maintained.

[1] I distinguish between ‘rabbinic’, lower case, and ‘Rabbinic’, upper case. I use the former to refer to the halakhic distinction between halakha that is understood to have been instituted by the Rabbis at some point in time. I use the latter, to refer to the Jewish groups who conceived of the oral law as authoritative, i.e. the self-identifying ideological descendants of the Pharisees who generated the Talmud and its associated literature. ‘The Rabbis’ are thus the halakhic authorities of the Talmudic period.

[2] B.T. Avoda Zara 7a. This principle is cited as normative halakha in the Gemara there. I am not aware of any subsequent halakhist who disputes it in principle, though there are many cases where its application is avoided in practice.

[3] There is also a relatively small number of halakhot, called halakhot from Moses from Sinai, which are not grounded in the Written Torah but are considered to be divinely revealed halakhot that were passed on orally, ultimately to be recorded in the texts of the oral Torah.

[4] A great deal of academic Talmud scholarship has shown that the relationship between the oral tradition as recorded in Rabbinic texts and the text of the Pentateuch is far more nuanced than the extremes represented by Maimonides and Rambam. I would venture to say that both of those giants of halakha were aware of the complexity and presented their theoretical stances so unequivocally for rhetorical reasons. Both were trying to evoke what they took to be the central strand of the tradition. Even if the oral Torah as a whole contains exceptions, they thought it important to depict how, in general, the revealed Torah is related to rabbinic activity. The argument of this paper does not depend on whether this is true. Even if one accepts a more complex relationship between the oral tradition and the text of the Pentateuch, the theological problem of understanding the nature of the revelation in accordance with the halakhic categories of Torah law and rabbinic law remains.