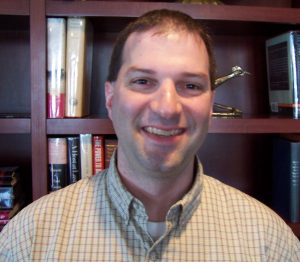 This past fall, he was a fellow at the Biola University Center for Christian Thought, where he worked on theological and philosophical accounts of humility, with special attention to the overlooked tradition of humility in Hebrew Scripture.  His work on humility has also led to projects on the nature of the capital vices, the medieval philosophical emphasis on the role of pride in the fall of Lucifer, and the value of John Duns Scotus’ doctrine of the univocity of being in predicating moral attributes of God.

Josh grew up in rural Pennsylvania and maintains deep, abiding loyalties to Philadelphia sports teams. Since moving from beautiful southern California to New Jersey, he, his wife, and his two children have been wondering where all the fantastic Mexican food went.