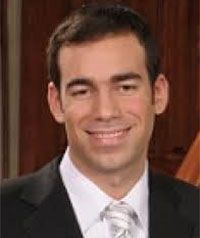 Mitchell Rocklin of Teaneck is a Resident Research Fellow at The Tikvah Fund. He is also a Chaplain in the New Jersey Army National Guard with the rank of Captain, a Doctoral Candidate in US History at the City University of New York, and a member of the Executive Committee of the Rabbinical Council of America.

Jewish 'Tradition' and the Re-enchantment of the World: Laying a Claim to the Roots of Our Most Cherished Possessions

Max Weber defined modernity as “the disenchantment of the world.” While we might doubt the fairness of this definition considering the great artistic and scientific achievements of early modernity, as well as the effect produced in the mentality of the epoch by the great geographical discoveries of the 15th and 16th centuries, it is true that a very special kind of disenchantment indeed took place early on in modernity. This was not a disenchantment with the world in general, but with a very particular aspect of objectivity: history. It was a disenchantment with the experience of personal belonging to history.

It is not surprising that this kind of historical disenchantment came to dominate the thought and aesthetic of early modernity — the direct heir of the Renaissance. It is a broadly accepted belief that the Renaissance greatly expanded the boundaries of human freedom. This is usually understood in quantitative terms, i.e. in the sense that the Renaissance greatly expanded the varieties of human experiences and innovations. These varieties, however, have one common denominator, one which qualitatively delineates a nascent modernity: the deep feeling, well recognized by the most spiritually sensitive representatives of the epoch, that Man lives in those horizons that he establishes himself, whether those horizons are physico-geographical, social, political, artistic, or intellectual. Perhaps the best illustration of this new feeling and its intellectual recognition can be found as early as in the words of Nicolas of Cusa (1401 – 1464), who argued that the center of the world is located precisely there where the man-observer stands. According to Nicholas, the radius of the world’s sphere is therefore both endlessly large and endlessly small. No wonder that he concludes that Man is the second god — deus secundus.

It is therefore not surprising that moderns began to see “tradition” in negative terms. In the state of mind created by early modernity, associating one’s life with a firm standing within a tradition seems to reject a basic human right—the right to be free—because it rejects an individual’s right to live in the horizons that he delineates himself, instead favoring life within the horizons formed by his ancient predecessors.

This situation is changing in post-modern philosophy, with its growing recognition that the reflection of human intellect on its history reflects the very nature of intellect and constitutes the primary source of its power. However, even in this pro-tradition trend of thought, it may seem difficult to integrate a religious understanding of tradition. Martin Heidegger, for example, referring to the fundamental dependence of thought’s creativity on its ability to rethink its one history and to root itself in a rethought history, still rejected the broadly accepted German Latinism Tradition, preferring to use in this context the original German Überlieferung. This despite the fact that the two words are etymologically identical: delivering, handing over, handing down. Heidegger preferred a word that, less than “Tradition,” associates with a broadly spread perception of religious traditions as the ones that dictate a blind commitment to ancient patterns of thought and behavior.

This paper will discuss Morashah (inheritance) and Mesorah (tradition) in the context of the Hebrew Bible and its commentaries. These words were rarely used in the Hebrew Bible in the ways in which they came to be used in later years, but the Hebrew Bible provides a context for a notion of tradition that carries new connotations essentially different from those in Greco-Roman culture. These additional connotations would undergird fundamental aspects of Western culture in general and the development of post-classical Western philosophy in Christendom in particular. However, these new senses remain, I believe, purely explicated.

This paper will demonstrate very specific and immensely important (although, to repeat, still purely explicated) connotations which the Hebrew Bible brought into the modern concept of tradition. Of course, there is a basic similarity between the meaning of the Latin traditio and the Hebrew morashah/mesorah. There is also, however, a not less basic and not less deep difference in their meanings, one that cannot be found in the etymologies of the words (the etymology is here the same — mesorah, from māsar, to hand over): as in the case of Latin tradition, Hebrew mesorah refers to handing over certain experiences and wisdom, be those experiences and wisdom delivered vocally or in texts, rituals, artistic patterns, linguistic habitual structures and so on.

One should always keep in mind, however, that the biblical handing-over, when applied to the continuity of historical experience as an experience of interpersonal relations, is based, originally and permanently, on a covenantal relationship between a deity and its devotee. Indeed, there is only one Deity Who cannot be thought of in any abstraction from His covenantal relationship with His chosen people. He is, as He presents Himself, the God of Abraham, Isaac, and Jacob.

Finally, this paper will address the significance of considering the biblical tradition from this point of view, as well as the basic relevance of this tradition to modern culture. It is particularly relevant that the biblical notion of tradition is rooted in a covenantal relationship with the God of Israel, and that each new biblical covenant, being a “natural” continuation of previous ones, is not based on a promise of recapitulation of the initial uncorrupted situation, but instead on opening principally new horizons, or, put in Isaiah’s words, the unheard-of promise of a new earth and new heavens. Through a covenantal relationship with the Deity, a devotee of biblical religion must accept full responsibility for the relations by which this promise of newness will be fulfilled. The logic of this tradition does not involve mere recapitulation. It is the logic of a creature who is a partner with a Creator qua Creator. It is the logic of life that is completing creation.