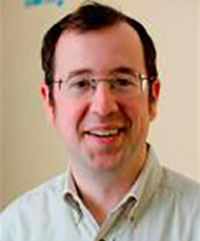 Shawn Zelig Aster is a husband and father of three, and lives in Be’er-sheva. In his academic life, he works as Senior Lecturer in the Department of Land of Israel Studies and Archaeology at Bar Ilan University, and also teaches in the university’s Department of Bible. He was formerly a faculty member at Yeshiva University. His fields of research include Bible, Biblical History, Assyriology and Semitics, and focus on the literary contacts between Israelite society in the Biblical period and the other societies of the Near East. His current research explores how Biblical prophetic literature responds to the literature, ideology, and political culture of the Neo-Assyrian empire, and he is the author of numerous articles on these topics, as well as a forthcoming book studying reactions to Assyrian claims of empire in Isaiah 1-39. He has also prepared a comprehensive online curriculum on teaching the book of Isaiah for use in Jewish schools in the English-speaking world (www.teachtorah.org) , and has presented several webinars for Jewish educators.

The paper will begin by surveying Maimonides' view of the unique nature of revelation to Moses, with special emphasis on the implications of this unique nature for the development of halacha. It is important to recognize Maimonides' emphasis on revelation through Moses of at least the legal content of the Torah. Revelation is inherently not subject to logical proof. Discussion of belief in revelation means to discuss the personal and collective identity of an individual and his relationship to God, and that will not be the focus of this talk. I will focus instead on the other element in Maimonides' emphasis, the idea of revelation through Moses.

By connecting this revelation to a human figure named Moses, Torah locates this revelation in a distinct historical period. Unlike belief in revelation, historical issues are subject to logical proof, and the paper will focus on the connection between the history of the period of Sinai and the issue of revelation.

Historical issues have figured prominently in academic criticism of belief in revelation, and continue to figure so. The central issue is the question of whether the text of the Torah could possibly have been composed as early as the period of the Exodus, and connected with this is the whole question of the historicity of the Exodus. In the paper, I will show that there is good reason, on historical grounds, to see a long-running and gradual process of population movement of different groups of nomads, some of whom were known as "Israel" between the 13th century BCE and the 11th c BCE. In this period, parts of these groups moved from Egypt through the deserts, and parts moved into the hill-country of the land of Israel. The process of Exodus thus at least partially overlaps with the process we call "conquest and settlement" (or, in academic language, "pre-monarchic Israel") which we find described in Joshua, Judges, and Samuel.

This understanding of the Exodus in no way proves the existence of Moses. But it does bring the period of the revelation at Sinai into closer contact with periods of Israelite history about which much is known. Moreover, it connects the period into which we can situate the revelation at Sinai with the subsequent "pre-monarchic" period, in which Israel's identity as a distinct ethnic group is provable based on its material culture (i.e. archaeological remains) and based on the limited epigraphic (i.e. textual) evidence available from this period.

What I will try to do in the talk is to show how revelation can be seen as critical in forging the ethnic identity of Israel, an identity we know of from this pre-monarchic period. This requires accepting that the history of the Exodus and Conquest is more complex than a simple reading of Torah and Joshua would suggest. But besides the fact that such complexity is required by reading such books as Judges and Chronicles, we ought to recognize that Maimonides (and we) are not nearly as committed to historical literalism of Torah as we are to the idea of revelation through Moses.

In the Guide, Maimonides recognizes repeatedly that the narrative in the Torah cannot always serve as a basis for reconstructing history. Where logic requires it, such narratives must be re-interpreted ahistorically. He interprets Torah narratives as visions that do not happen in time and space, as for example, much of Genesis 12-35, which deal with encounters between the patriarchs and angels. He does the same to many narratives in Prophetic literature.