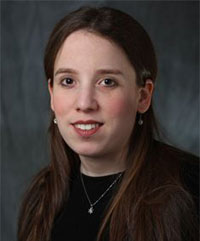 My paper seeks to explore the challenging exchange between God and Moses recorded in Ex. 33-34, a principal element of the giving of the Torah at Sinai which requires theological and philosophical elucidation. In this scene which is fundamental to biblical theology, God and Moses meet on a more intimate level than elsewhere in the Bible, as God speaks to Moses ‘face to face’ (Ex. 33:11) and responds to Moses’ requests (Ex. 33:20-23), including His self-revelation (Ex. 34:5-7). God describes Himself as compassionate and gracious, while simultaneously refusing to remit punishment for the sinner. Following His proclamation, the Bible states, “For the Lord whose name is Jealous is a jealous God” (Ex. 34:14), a significant theological complement to His predominant attributes of mercy, though not included in Ex. 34:5-7. God reveals Himself to man not as He is in Himself, but as He is toward humanity in order for man to perceive God in living experience as opposed to abstract philosophical speculation. However, to what extent can man know God or understand the way He acts? Can man attain a concept of God through knowledge of His attributes? My paper seeks to examine the relationship between God’s proclamation and the human perception of God. Through philosophical and theological analysis of God’s self-revelation, as well as the dialogue with Moses that preceded it, I aim to decipher this ambiguous scene on Sinai.