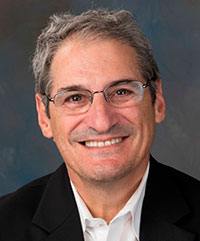 Steven Kepnes is Professor of World Religions and Jewish Studies, and is Director of Chapel House at Colgate University Hamilton, NY. He is also chair of the Religion department at Colgate. Kepnes is a founding member of the Society of Scriptural Reasoning which focuses on Jewish, Christian, and Muslim dialogue based on group readings of scripture. He has taught at the Rabbinic School of the Jewish Theological Seminary in Jerusalem, the Religious Studies program at the University of Virginia and the Gregorian Pontifical University in Rome.

He is the author of seven books including The Future of Jewish Theology (Wiley Blackwell 2013), Jewish Liturgical Reasoning (Oxford, 2007) and, with Basit Koshul,  Scripture, Reason and the Contemporary Islam–West Encounter. (Palgrave, 2007).

From Torah Min Ha-shamayim to Talmud Torah: Revelation and Interpretation

That God gave Torah is one of the axioms of Jewish Theology and central propositions of Judaism. But along with this principle we also have the notion of Talmud Torah as a central, if not, the central mitzvah of Torah. Thus, Torah itself commands Jews: “Study Me!”   What “study me” means is to inquire of me, search in me, as the Mishna Avot says, “turn, turn, turn, me, for all is in me.”   Thus God gives Torah to Moshe at Sinai not as a completed project, but as a starting point, an invitation, a gift, to be carefully unwrapped, unrolled, and investigated, in short, interpreted so that not one God given meaning is discerned for each verse but layers and layers of meanings are discovered by the inquiring mind. Therefore what Talmud Torah means for the principle of Torah from Heaven is that revelation of Torah is mixed with, enlivened through, and made useful by means of human thought. So that in Judaism revelation is completed through interpretation and this resolves quite a few of the theological difficulties inherent in the notion of Torah min Ha-Shamayim.